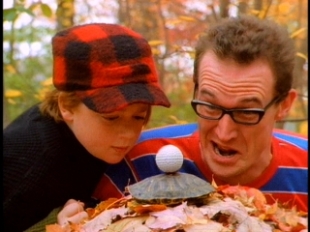 Meaning: An interjection of disapproval

Origin: It is a polite substitute for more profane expressions such as “for Gods sake” or “for Christ’s sake.” In medieval times, it was considered sacrilegious to use the lord’s name in vain, so when the need to curse arose, people would say this as an alternative. Some say that the name “Pete” is used because Peter was one of the apostles chosen by Jesus, later declared a saint by the church. Others speculate that another curse phrase “for pity’s sake” might have influenced the choice of the name “Pete” with it’s similar sound employing the letter “p.” Though it’s hard to truly know the exaaaaaaaadkfffgnitheiohioeeeeeeee

I’ve overheard a few people (all of them dinosaur aged) say this phrase lately and every time I’m like “uhhh, who dat?”

I’ve determined that “Pete” can be whoever you want it to be as long as when you voice your interjection you say it with vigor. Whoever you’re saying this to or whatever situation has brought you to this point, someone is doing you wrong and they need to cut the shit, I tell you!

I could get on board with this one. Interject some life back into it. Maybe catch people off guard. Pete’s deserve love too. Even ginger ones and Pete’s with pot smoking dragon friends who frolic in the autumn mist. Okay? Cool. See you next time.

Now go forth and be weird, which hopefully means being yourself.

And I found the origin info here, so it must be true–> http://www.worldwidewords.org
Tagged 90's Nickelodeon, answers to lifes important questions, artie the strongest mam in the world, call me mam and you will be slapped, Dinosaurs, humor, Pete and Pete, red and black lumber jack, writing